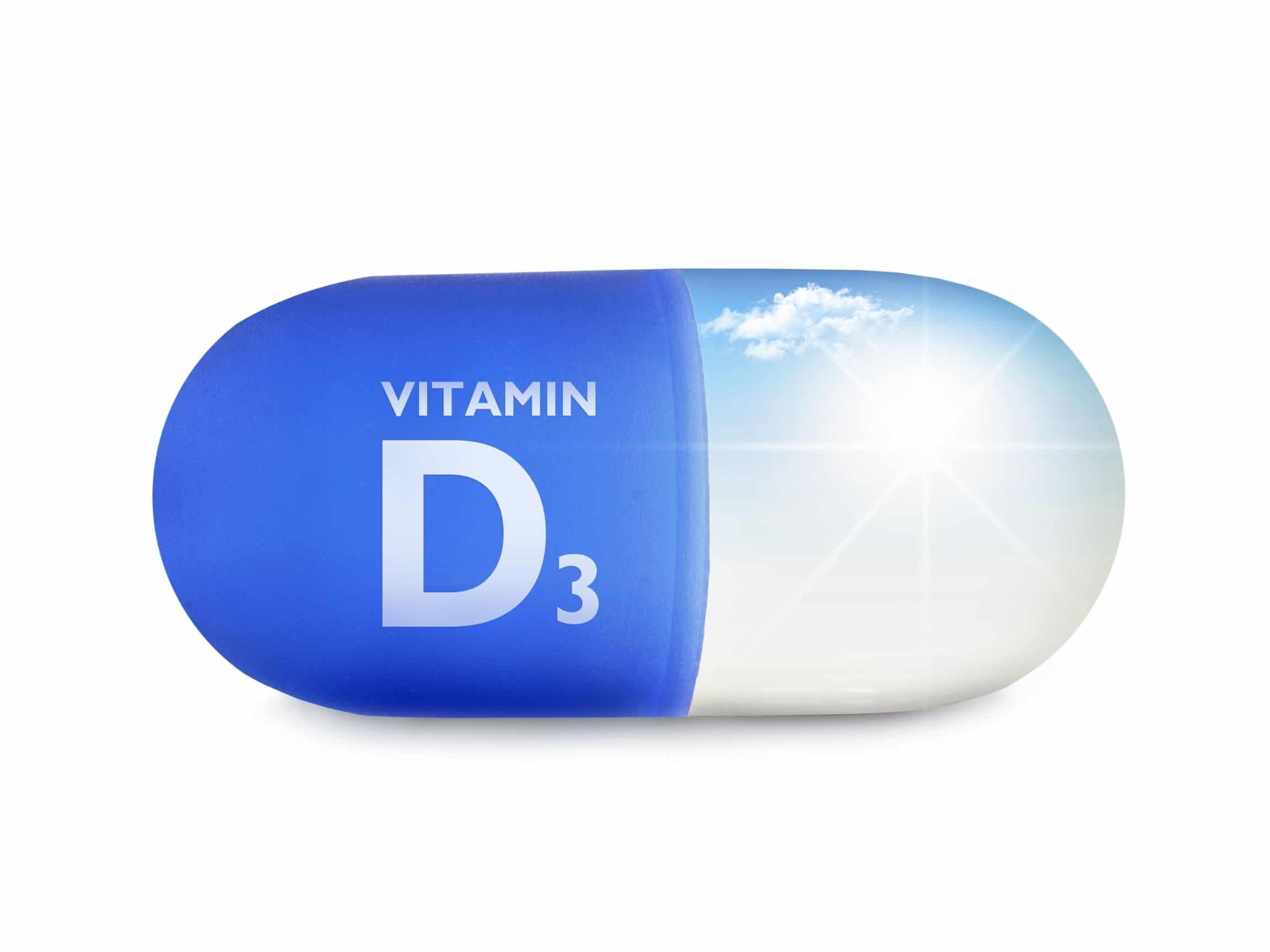 Vitamin D is a celebrity these days!  Thanks to the recent pandemic, more people are checking their levels and running to take high doses of it. Everyone thinks they have vitamin D deficiency! Recently I did some training with Dr. Bryan Walsh, and his cutting-edge evidence made me aware that this may not be sound after all, and that as practitioners, we need to discern more critically who should and should not supplement.  The point of this blog series is to discuss vitamin D, demonstrate the evidence, and encourage you to question your doctor if they are pushing supplementation on you.

Before we dive into that, let’s talk a bit about this vitamin’s physiology. Much of this summary comes from Dr. Lord & Bradley (2012).

There are two primary forms of vitamin D, D3 and D2. D3 (cholecalciferol) is formed in the skin upon UV exposure.  D2 (ergocalciferol) comes from food and supplements.  D3 comes from the conversion of 7-dehydrocholesterol (found in the epidermis)  to pre-vitamin D3 via UV radiation from the sun. Pre-vitamin D3 is then converted to D3.

After binding to carrier proteins (such as vitamin D binding protein DBP and to a lesser extent albumin), vitamin D3 is then transported to the liver where it is hydroxylated to 24-hyroxyvitamin D3. The process is catalyzed by the renal enzyme, 25-hydroxyvitamin-D3- 1α-hydroxylase (CYP27B1). The kidneys are stimulated by parathyroid hormone (PTH) to produce calcitriol, 1,25 dihydroxyvitamin D3 from circulating 25-hydroxyvitamin D levels.

**It is also known as 1,25-dihydroxycholecalciferol (1,25(OH)2D), and also called calcitriol. These are often used interchangeably. I will abbreviate these to 25-OH and 1,25-OH for simplicity.

The production of 1,25-OH in the kidneys is regulated by several factors, including serum phosphorus, calcium, parathyroid hormone (PTH), fibroblast growth factor-23 (FGF-23), and 1α,25-dihydroxyvitamin D itself. This conversion can also take place in other cells and tissues (prostate, colon, placenta, bone, macrophages, T lymphocytes) via cytokine signals.

Also, important; Most of the physiological effects of D3 in the body are related to the activity of 1,25-OH-the active form and not the stored form.

Side note- It is a myth that too much sunlight can produce excessive D3. Excess D3 cannot be achieved by sun exposure because pre-vitamin D3 and vitamin D3 become photolyzed to inactive products when levels rise

To summarize, both vitamin D2 and D3 undergo reactions to convert them to 25-hydroxyvitamin D2 (the stored form of vitamin D), and then to the final active form 1,25-OH.

Now let’s shift our focus to the calcitriol.

Calcitriol (1,25-OH)  is the active form of D3, normally made in the kidney.  It is a hormone which binds to and activates the vitamin D receptor in the nucleus of the cell, which then increases the expression of many genes. It  increases blood calcium (Ca2+) mainly by increasing the uptake of calcium from the intestines.

1,25-OH is synthesized by the hydroxylation of 25-OH.  This is catalyzed by the enzyme 1α-hydroxylase (CYP27B1) produced in the renal tubules (mentioned earlier). 1,25-OH is the most biologically active form, and circulates in pmol/L concentration.

Most of the actions of D3 are mediated through a nuclear transcription factor known as the vitamin D receptor (VDR). In the nucleus of a cell, 1α,25-dihydroxyvitamin D binds to the VDR and recruits another nuclear receptor known as retinoid X receptor (RXR). This promotes the VDR/RXR complex to bind to small sequences of DNA known as vitamin D response elements (VDREs).  This initiates a series of molecular interactions that modulate the transcription of specific genes. According to Linus Pauling, thousands of VDREs have been identified throughout the genome, and VDR activation by 1α,25-dihydroxyvitamin D is thought to directly and/or indirectly regulate 100 to 1,250 genes.

Vitamin D does not operate in a silo.  It interacts with other nutrients.

Calcium and Vitamin D are very closely related. Vitamin D is essential for the efficient utilization of calcium by the body. The parathyroid glands sense serum calcium concentrations and secrete parathyroid hormone (PTH) if calcium concentrations decrease below normal. Elevations in PTH stimulate the activity of the 25-hydroxyvitamin D3-1α-hydroxylase enzyme in the kidney, resulting in the increased production of 1,25-dihydroxyvitamin D. The active vitamin D form.  1,25-OH, is released into the circulation and transported to target tissues.

Within target cells, 1,25-OH binds to and induces the activation of VDR, which leads to changes in gene expression that normalize serum calcium. This does this by:

1,25-OH increases intestinal phosphorus absorption by stimulating the expression of a sodium-phosphate cotransporter in the small intestine. While PTH increases urinary excretion of phosphorus by reducing reabsorption in the kidney, it is not yet clear whether 1,25-OH can directly regulate renal phosphorus transport. The phosphaturic hormone fibroblast growth factor-23 (FGF-23), secreted by osteoblasts (bone-forming cells), limits the production of 1α,25-dihydroxyvitamin D by inhibiting the enzyme 25-hydroxyvitamin D-1α-hydroxylase.

Calcium tends to follow phosphorus.  Thus, for every gram of phosphorus ingested in the diet, the body must match that with another gram of calcium.  If the calcium is not available in the diet, the body will pull it from bones. The biggest concern with those eating a low calcium, high phosphorus standard American diet is low Ca/P ratio leading to consistently high PTH which can increase bone turnover and decrease bone density. For these reasons, other measurements that may reflect D3 deficiency include low urinary Ca excretion, low serum Ca and P. Iron deficiency can also lower serum 25OH by impairing small intestinal absorption.

Previous in vitro and in vivo studies indicate that enzymes that synthesize and metabolize vitamin D are magnesium dependent. Recent observational studies found that magnesium intake significantly interacted with vitamin D in relation to vitamin D status and risk of mortality (Dai et al., 2018). According to NHANES, 79% of US adults do not meet their Recommended Dietary Allowance of magnesium.

Previous studies indicate that magnesium status affects concentrations of cytochrome P450 (CYP) enzymes. Both in vitro and in vivo studies have shown that 1α-hydroxylase and 24-hydroxylase are magnesium dependent.

Recent understanding suggests that vitamin D enhances vitamin K-dependent bone protein concentrations and induces bone formation in vitro with stimulation of osteoblast-specific gene expression(van Ballegooijen, Pilz, Tomaschitz, Grubler, & Verheyen, 2017). Osteoblast-specific expression of osteocalcin is controlled at the transcriptional level by 1,25(OH)D through the 1,25(OH)D-responsive element within the promoter of the osteocalcin gene

Besides bone health, also, the interaction between vitamins D and K with regard to cardiovascular health receives growing research interest. MGP—the vascular marker of vitamin K status—needs γ-glutamate carboxylation to inhibit vascular calcification. In an experimental rat model, warfarin was administered to induce vitamin K deficiency and caused arterial calcification, which was accelerated when given toxic doses of vitamin D and resulted in premature death (Linus Pauling, n.d.).

Side note- severe deficiency of vitamin D indirectly causes increase serum activity of an enzyme, alkaline phosphatase, because of the role this enzyme has in bone mineralization.  Alkaline phosphatase, is under the influence of several factors, such as several disease processes, zinc status, and vitamin C status.

Now that you have a bit of a background in vitamin D physiology and biochemistry, you can revisit this blog which I will reference in future topics related to vitamin D.

Why the hype with vitamin D?

There is a growing concern over the occurrence of poor vitamin D status. If you are unfamiliar with the role vitamin D plays in your immune system, read this blog I wrote about this topic.

Through the binding of the vitamin D receptor (VDR), 1,25-OH can regulate the expression of hundreds of genes involved in skeletal and other biological functions (Linus Pauling, n.d.)

Here are just some of the roles in the human body:

In fact, some very well-known researchers have identified  D3 deficiencies as a pandemic of its own.  It is well known that vitamin D deficiencies are more common in those with limited sun exposure, a low intake of D3, impaired absorption (renal or digestive disorders), or an impaired ability to synthesize vitamin D from the sunlight due to advanced aging.  UV exposure is the primary source of vitamin D for most people.  Research has revealed 41% of the US outpatients aged 49-83 had low circulating levels of 250hydroxyvitamin D.  There are other concerns of low vitamin D in the elderly, and a reemergence of rickets in children due to extended breastfeeding without adequate sunlight. Dietary factors, such as excessive animal protein or calcium intake, can cause lower blood levels of 1,25 dihydroxyvitamin D, affecting the rates of its formation and clearance.

Now that you have a bit of background on this controversial nutrient, you must feel like rushing to get your levels checked, or even better, start taking loads of supplemental vitamin D!  Not so fast!  In part 2, I am going to discuss why vitamin D testing may not be appropriate and why you should be careful how you interpret those numbers. 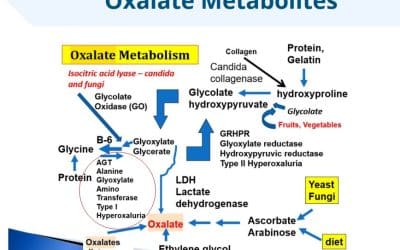