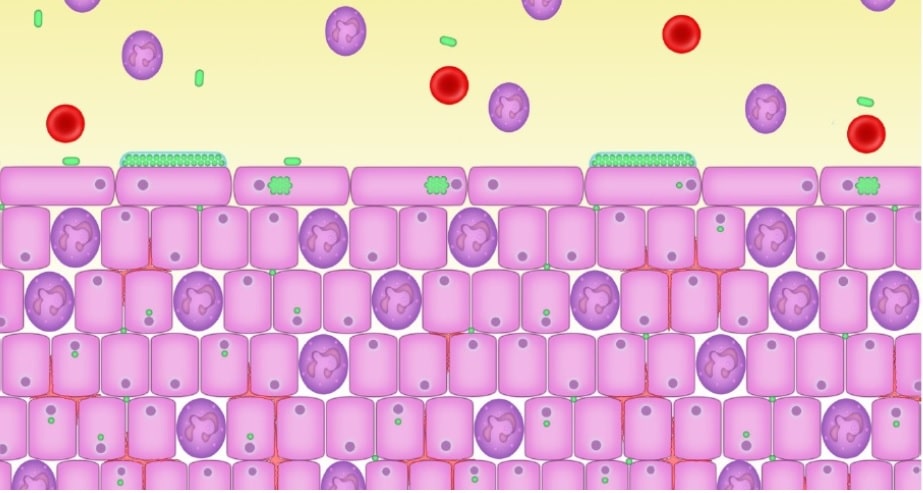 For more information about the Root Causes of IC, download the free Guide.

If you are ready to get started on the Root Cause investigation and start your healing journey, visit our website for more information and schedule a discovery call!

In the last blog, I discussed the link with IC and leaky gut.  In this blog, I go into more detail as to how leaky gut contributes to the pathology of IC.  What we are finding, through labs that can sequence the DNA in urine, is that there is a bacterial link to IC.  According to Malone (2018), evidence demonstrates that bacteria are able to penetrate down to the base of the urotehlium (bladder cells) and enter the cells in a process called intracellular colonization.  This occurs when someone has a low grade infection, often times aysymptomatic, and are not treated promptly with antibiotics.  The microbes enter the cells, and go into a dormant state. It are these dormant bacteria that can send a distressed signal to the immune system which start the inflammatory response through mechanisms in the body that respond to infection.  These are called inflammatory cytokines, which can be good in the short term, but detrimental when they become chronic.  “The inflammatory response will also involve the infiltration of the urotehlium with white blood cells (pus cells, leukocytes, neutrophils, polymorphs, inflammatory cells) (Malone, 2018).  This leads to a chronic inflammatory response that can cause the pain and white blood cells in the urine that is often seen in cases of IC.  “This situation is responsible for the chronic low-grade symptoms that patients describe and which may persist despite apparently normal urinalysis” (Malone, 2018).  Over time, the bladder wall thickens and biofilms form, which can make it even more difficult to treat the dormant pathogens.   So the question is, how did the bacteria get in there the first place?  I would like to propose the idea, it was a leaky gut that allowed the bacteria to “translocate”.

The role of LPS and Autoimmunity

When the systemic levels of LPS are elevated, this is referred to as “metabolic endotoxemia.”   LPS travels through the body, damage blood vessels, compromises the immune system, and can alter tight junction permeability, causing leaky gut. (Burdette, 2017).  Interestingly, the endotoxin can translocate across the intestinal barrier, leading to increased levels in the blood, and subsequent conditions such as depression, IBS, IBD, chronic fatigue, autoimmunity, infertility, atherosclerosis, obesity and type 2 diabetes.  I would like to add IC to that list of conditions that can be attributed to translocation of LPS.

Below are top reasons why we should be concerned about LPS:

I should also mention, the diet you eat can also influence LPS.  Studies indicate that a high fat, high calorie meal can increase systemic level of LPS.  Compared to healthy individuals, patients suffering from obesity have higher circulating endotoxin levels together with greater levels of circulating pro-inflammatory cytokines and insulin resistance (de Punder & Pruimboom, 2013).  A diet low in fat and high in fiber does not have the same effect.  How exactly the intake of a high-caloric meal increases circulating endotoxin levels is still unclear but has been explained by several mechanisms.  One of these suggests that the high-fat diet modulates the expression of genes involved in the barrier function in epithelial cells, thereby directly compromising the integrity of the tight junctions (de Punder & Pruimboom, 2015). Hence, another way that diet can influence your ability to heal from IC!

The altered intestinal barrier and subsequent translocation of small amounts of bacteria or bacterial products is now regarded as one important mechanism causing the low grade inflammation (Bischoff et al., 2014).  Although the literature is lacking in direct links with IC and LPS, it can be inferred based on the proposed mechanisms that there may be a strong correlation.  Further research in this area can help improve our understanding on the etiology of IC and the gut-IC link even further. 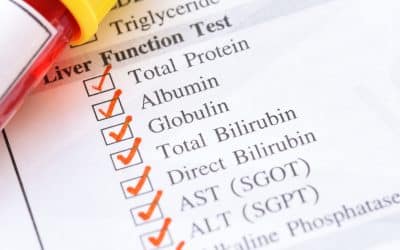