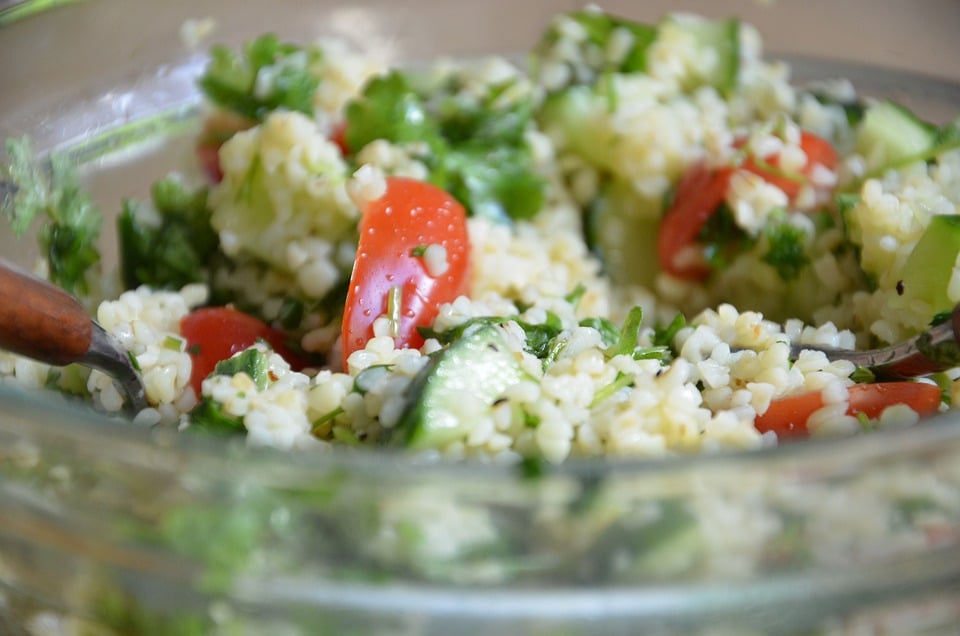 Place the cauliflower florets in a steamer basket and steam until just tender-crisp, 5 to 6 minutes. Remove from the heat and let cool slightly.
Place the cooked cauliflower in the bowl of a food processor and pulse about 15 times, until the texture is fine, with pieces about the size of rice grains.
In a large bowl whisk together lemon juice, olive oil, turmeric, coriander, cumin, cinnamon, 1/2 teaspoon of salt, and pepper. Add the cauliflower and toss well to coat. Taste, and adjust with a couple of pinches of salt if needed.
When the cauliflower has completely cooled, fold in the parsley, mint, cucumber, and tomatoes. Serve at room temperature.
Notes: Cauliflower just like walnuts, visually reminds us of the brain. Nutritionally is a brain-boosting superstar, filled with B vitamins, omega-3s, phosphorus, and manganese. It helps with the liver detoxification; happy liver makes a happy brain. Cauliflower comes also in deep purple higher in anthocyanins brain boosting antioxidants and orange color has more beta carotene.