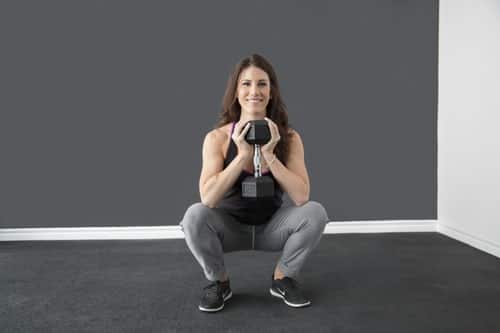 As many of you know, I am a fitness instructor with over 15 years of teaching experience in group fitness and personal training.  I am launching an app that includes a series of exercise videos targeted for increasing fat free body mass and reducing body fat. Recently I have started to incorporate high intensity interval training (HIIT) into my classes.  An interesting observation I have made is that the interval style training seems to contribute to greater feelings of competence and adherence. My participants feel successful, accomplished and always return for more! This type of response I have seen in all my classes, but particularly in the interval style classes.  However, I have noticed there is a sweet spot within ratio of intensity and duration. If the class is too hard  or too long, the dropout rate is greater. For example I have experimented with HIIT classes that are 75 minutes and I notice about 25% will leave the class within the first 45 minutes. I have found that 20-30 minutes and a rate of perceived exertion not to exceed 8 or 9 during the intervals drives the most positive response from my participants of all age groups.   For this review, I conducted some research to see if there is any data to demonstrate that interval training improves competence and perceived adherence to support or refute my own personal experience. These are very important variables that will support practitioners in making their future exercise prescriptions.

We are all told we must exercise because it has important health benefits.  Unfortunately, few adults meet the weekly guidelines of 150+ minutes of moderate –intensity or 75+ minutes of vigorous-intensity aerobic physical activity, and 2+ days of resistance exercises.(Heinrich, Patel, O’Neal, & Heinrich, 2014)  For weight loss, the minimum requirements double.  The good news is that high intensity interval training (HIIT) provides fitness and health improvements in less time per week than current guidelines. (Heinrich et al., 2014)  There are two main methods of exercise that I have worked with in my career as a trainer: continuous training (CT) and high-intensity interval training (HIIT). The main difference between these two modalities of training is that CT is characterized by a lower-intensity (sub-maximal) effort for a longer duration, whereas HITT is characterized by repeated bouts of short duration at higher intensities above lactate threshold. “Compared to CT, HIIT induces similar-to-greater improvements in fitness and cardiovascular function but in a shorter amount of time.”(Heisz, Tejada, Paolucci, & Muir, 2016)  There are many types of HIIT protocols.  The one that I use often is called Tabata.  In Tabata, we work hard for 20s and rest for 10 seconds, and continue that pattern for a total of 8 rounds.  It comes out to 4 minutes per set. I often superset two different exercises, sometimes one strength and one cardio, so they are only doing 4 sets instead of 8.  The possibilities with Tabata are endless and we have a lot of fun with it! The video I am posting is an example of a strength only Tabata. There are other protocols used by trainers as well, but I have found that the higher duration intervals are not perceived as enjoyable as the lower duration. “Protocols with 120s high-intensity intervals are rated as being less enjoyable than protocols with 30s or 60s high-intensity intervals.”(Heisz et al., 2016) According to Heiz, this reduced enjoyment of the more strenuous protocols may be related to the individual’s ability to complete the exercise, or their competence.  I have found the Tabata to elicit the most favorable feeling of competence with my participants, especially when the intensities were higher.  “Alternatively, the accumulated fatigue or physical stress from chronically performing a strenuous exercise may actually increase negative feelings and reduce enjoyment for the exercise over time.”(Heisz et al., 2016)

Another benefit to the HIIT I have found is the shorter time commitment being favorable among my participants.  This also contributes to the differences in enjoyment for HIIT compared to CT even though the HIIT is more physically strenuous. My participants have often told me, “I know that the exercise session is shorter so I am able to push harder mentally knowing that is will end soon!” The great thing I have noticed that even with the shorter duration, the physiological benefits I have observed have been comparable or even better than the longer duration CT.  According to Heiz et al (2016):

Even with the shorter time commitment, HIT induced similar physiological adaptations as indicated by pre-to-post change on maximal aerobic fitness test for both VO2 peak and PPO. Together, these results support the growing evidence that HIT is similarly effective but more time-efficient at improving aerobic fitness compared to more traditional moderate forms of continuous exercise.

According to Heinrich et al, although the intensity requirement for HIIT may be intimidating, the reduced time requirement may be appealing to many adults, showing potential for higher rates of adherence.(Heinrich et al., 2014)  Interestingly, there is also mention that combining aerobic and resistance training may result in greater weight and fat loss and fitness improvement than each modality alone. This is exactly the way I teach my classes and it has been received very favorably thus far among my participants!

Perceived pleasure, according to Oliveira et al, has been reported to be an important contributor to exercise adherence. (Oliveira, Slama, Deslandes, Furtado, & Santos, 2013) There are mixed results according to the literature I read in regards the HIIT and perceived pleasure. In a few studies, I read that HIIT is correlated to a great enjoyment of exercise, but other studies show if the intensity is too high or difficult to complete it can lead to a higher dropout rate and a lower perceived competence and adherence.   In one study it was observed that changes in exercise enjoyment were predicted by increases in workload, suggesting that strength adaptions may be important for promoting exercise enjoyment. (Heisz et al., 2016)  I have encountered this as well with my beginners.  I have to start them slowly and gradually build up the intensity over time.  If the intensity is too hard at first, they drop out.  “For sedentary individuals, a key barrier to starting an exercise program is the preconceived notion that exercising is not enjoyable and failing to find enjoyment from exercise can make it more difficult to adhere to an exercise program over time.”(Heisz et al., 2016)  According to a 6 week study conducted by Heisz et al., “across the six weeks of training, increases in workload predicted increases in enjoyment.”(Heisz et al., 2016)  Typically it takes my participants about 4 weeks of consistent training with gradual builds in intensity for the pleasure to stick.  If my participants continue with me past this point, the enjoyment of the exercise seems to outweigh the discomfort, and I typically see an increase in adherence.  This seems consistent with the data from the 6 week study conducted by Heisz et al.

Not everyone shares my enthusiasm for HIIT, however.  One study discusses that sprint interval training as being inappropriate for a largely sedentary population.  “An inactive population is unlikely to engage in sprint interval training (SIT) due to poor aﬀective responses, low self-eﬃcacy and motivation, and increased challenges to self-regulation.”(Robertson-Wilson, Eys, & Hazell, 2017).  According to Robertson-Wilson et. al, one of the key concerns with HITT/ SIT is negative affective responses with faced with arduous physical activity of this nature.  It appears that differences in the methodological procedures may explain the divergent results.  The studies that utilized longer work sessions with inadequate recovery were the ones that demonstrated negative affective responses during the HITT sessions.

Under these conditions, over 50% of the participants were unable to finish the HIIT session. Although it was not the focus of this study, this is an important fact because self-efficacy may be negatively influenced in cases of participant dropout. It is possible that HIIT sessions with longer recovery periods would provide better affective responses than the HIIT sessions used in the present study.(Oliveira et al., 2013)

The rule of thumb I use when designing my classes is when the work portion is longer (greater than 45s), then the intensity is lower and the rest is longer. But when the work portion is shorter (as in Tabata), the intensity is higher and the rest is shorter.  When I stick to these basic rules, I noticed the most adherence and satisfaction among my participants. According to Oliveria et. al, the affective response seems to have been influenced by the magnitude of the stimulus intensity and by the predominant metabolic pathway engaged by the exercise.  “It is possible that other HIIT configurations with greater recovery periods could result in positive affective responses, and this hypothesis should be tested in future studies.”(Oliveira et al., 2013)  I have personally tested this informally in my classes and have found this to be true.

As a final note, another area I have found quite intriguing are the psychological components involved exercise.  Oliveira et al. have conducted numerous studies in regards to intrinsic and extrinsic motivation, and they discuss the opponent process theory and its involvement in the enjoyment of exercise. According to Oliveira et al.(2013):

The opponent process theory, postulates that after every affective perception (pleasant or unpleasant), an opponent process occurs. Thus, according to this theory, a feeling of pleasure can occur after an aversive stimulus or stress, which can activate the reward system and can then lead to a repetition of that stimulus. The increased production of neuromodulatory substances such as anandamide, dopamine, serotonin and endorphins may be associated with decreased anxiety and increased pleasure after intervals of intense stimulation.  However, this hypothesis was not objectively investigated, and it is not well known whether individuals choose to continue to engage in physical activities based on perceptions experienced during or after exercise. Future studies should investigate this issue.

In conclusion, I think any exercise is better than no exercise.  However in order for exercise to be effective, it must be consistent.  In order for participants to be motivated to continue exercising, the workout should be enjoyable, achievable, and effective.  I have found that HIIT training meets all these requirements.  The classes I teach are short (no more than 30 minutes), achievable  ( the intensity I select is appropriate for my participants) and effective (my participants report increases in strength, flexibility, fat free body mass and decreases in body fat).  These variables thus make the HIIT classes I teach enjoyable.  Because my participants enjoy my classes, they feel competent and come back for more!  I have been known to have a pretty strong following, and I think these simple guidelines I use contribute greatly to my success as a fitness instructor.