The danger of using Tylenol

Acetaminophen (APAP) (brand name Tylenol) is a commonly used xenobiotic over the counter pain medication, as most people falsely assume that it is safe.  In fact, I wish I knew this before I was giving Tylenol to my own children for their ear infections and fevers! With the toxic buildup that we encounter, it is no surprise there is a rise with so many chronic health issues such as autoimmune diseases, CV disease, neurological conditions, infertility and many more.  I have not yet obtained clarity from research if Tylenol is harmful in smaller doses, since most of the literature indicates that Tylenol is safe in recommended doses (NIH, n.d). Acetaminophen differs from NSAID’s in its mechanism of action. Rather than influencing the COX-1 and COX-2 enzymes, it produces analgesia by increasing pain thresholds through inhibition of the NO pathway that is activated by many pain NT receptors (NIH, n.d.).  The recommended oral dose is 660 to 1000 mg every 4 to 6 hours, but should not to exceed 3 grams per day (NIH, n.d). It is also frequently found in many OTC cold medications and antihistamines as well.  Common products in the United States include:  Tylenol-PM, Nyquil, Darvocet, Vicodin, and many others.  Acetaminophen is one of the most commonly used medications in the United States and more than 25 billion doses are sold yearly.

Unfortunately, Tylenol is often associated with hepatotoxicity.  Chronic use of this OTC drug in doses of 4 grams per day have been found to lead to transient levels of serum aminotransferase levels, generally starting after 3 to 7 days, with peak values rising 3-fold in 39% of people (NIH, n.d.).  Standard use can lead to severe hypersensitivity reactions including Stevens Johnson syndrome (SJS) and toxic epidermal necrolysis (TEN) which can cause serious liver injury.  The best-known form of hepatoxicity is due to overdose, which can result in large elevation of ALT and AST within 48 to 96 hours after ingestion, including jaundice, confusion, liver failure and death.

APAP is extensively metabolized by the liver via three main hepatic pathways: glucuronidation, sulfation, and CYP450 2E1 oxidation (Dimitropoulos & Ambizas, 2015).  About 90% of APAP is conjugated to sulfation and glucuronidase metabolites.  From the liver, most of the glucuronide and sulfate metabolites get transported through the intestines into the blood. The kidney is the main site of the disposition of the APA-sulfate. However, cytochrome P450 (CPY) enzymes are also involved in converting approximately 2% of acetaminophen to a highly reactive metabolite known as N-acetyl-pbenzoquinonimine (NAPQI).  NAPQI is highly reactive and is primarily associated with the hepatoxicity of acetaminophen (Mazaleuskaya et al., 2015).  Under normal circumstances, this toxic metabolite reacts with sulfhydryl groups in glutathione, converting it to harmless metabolites before being excreted in urine (Dimitropoulos & Ambizas, 2015).  Although most of the NAPQI is formed in the liver, the kidney also metabolizes APAP to toxic metabolites and releases cysteine conjugate of APAP into the bile and blood for even more elimination in the urine (Mazaleuskaya et al., 2015). In human liver microsomes, CYP enzymes (CYP2E1 and CYP1A2) were first reported to convert high doses of APAP to NAPQI.  Other enzymes are reported to be involved, such as CP2A6, CYP2D6, CPY3A4 although role of the latter enzyme is still up for debate (Mazaleuskaya et al., 2015). At very high doses, the sulfation pathway becomes saturated, glucuronidation and oxidation increase, and higher amounts of the drug get oxidized to the reactive NAPQI.  The problem is, excess NAPQI eventually depletes glutathione stores and can target mitochondrial proteins and ion channels leading to loss of ATP production, ion misbalance and cell death (Mazaleuskaya et al., 2015).  That is why replacement of glutathione with NAC (precursor to glutathione) is useful for APAP toxicity (Moyer et al., 2011)

Glucuronidation of APAP is catalyzed by the enzyme UDP-glucuronosyl transferases (UGT), which makes APAP molecule water soluble for excretion.  Sulfation is carried out by a group of cytosolic enzymes called sulfotransferases (SULT), which makes it more polar and prone to elimination.  “Using human platelet homogenates as a model for xenobiotic metabolism in the liver, SULT1A1 and SULT1A3/4 were first shown to catalyze APAP sulfation” (Mazaleuskaya et al., 2015).   Genetic variability in SULT and GST genes are not well established, and only a few studies have been conducted in relation to GST polymorphisms and acetaminophen detoxification (Mazaleuskaya et al., 2015).  However, studies on polymorphisms in detoxification genes for the enzymes involved in APAP metabolism can be an opportunity for future applications of preventative treatment of APAP toxicity in susceptible individuals.

Inducers of glucuronidation (for low activity):

Inhibitors of glucuronidation (for overactivity):

Alcohol– Ethanol induced oxidative stress is a major mechanism in which ethanol can cause liver injury, particularly via the CYP2E1 enzymatic pathway (Lu & Cederbaum, 2008).  Levels of CYP2E1 are elevated under a variety of physiological and pathophysiological conditions, and after acute and chronic alcohol treatment.

Part 2 of 3 In the previous blog, I introduced RANTES and how it is associated with inflammation. What had sparked my interest is that I have had a lot of patients come to me with a very unique presentation of inflammation revisited induced after COVID-19. I this... 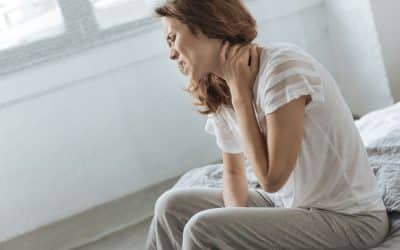