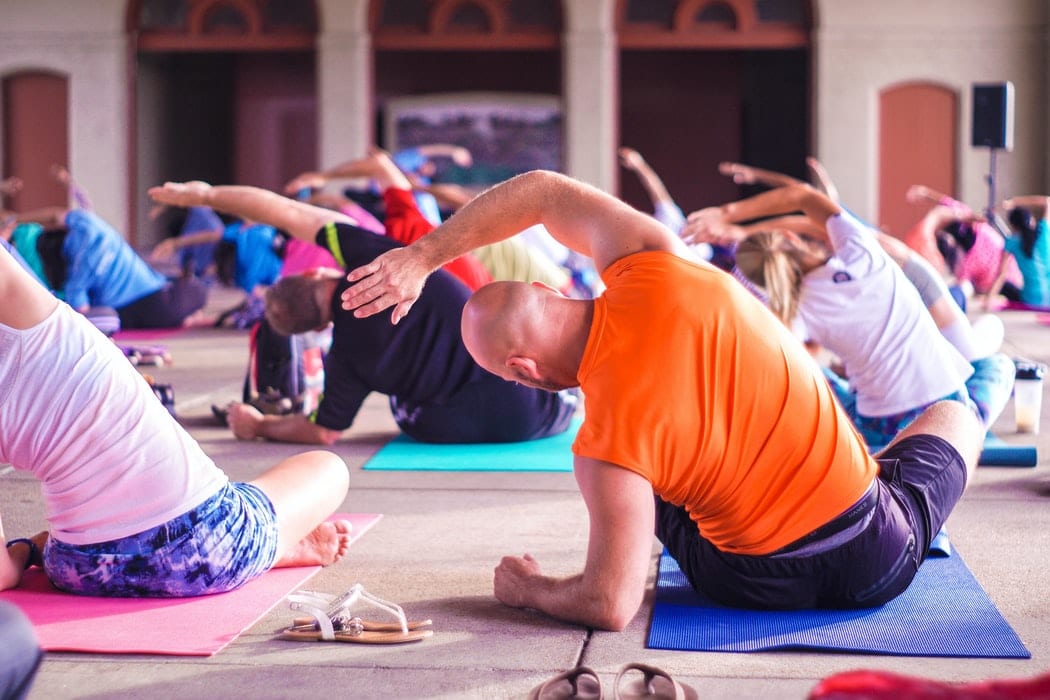 Exercise for your Brain

As a fitness instructor, I can really relate to this module.  I have been teaching fitness for over 10 years, and have taught all levels of classes from basic cardio classes, HIIT, indoor cycle, and strength classes.  In fact, my favorite class I teach is metabolic conditioning, that consists of both higher impact cardio intervals and full body weight training.  Due to my extensive experience in the fitness industry, I am a bit biased and believe that all modes of exercise are important for brain health. This includes traditional cardio, interval training and weight training.

Exercise is a promising strategy for combating cognitive decline. According to a study by Nagamatsu et al (2012), both aerobic training and resistance training enhance cognitive performance and functional plasticity in healthy community-dwelling seniors and those with mild cognitive impairment (Nagamatsu, Handy, Hsu, Voss, & Liu-Ambrose, 2012).  According to Lucas et al (2015), regular exercise promotes angiogenesis, neurogenesis and synaptic plasticity. This can translate into more “efficient cerebral perfusion and metabolism, neural and vascular adaptation that contribute to the maintenance of cognitive function” (Lucas, Cotter, Brassard, & Bailey, 2015). Exercise affects all the factors and interactions involved in the regulation of cerebrovascular health, such as brain and metabolic neuronal activity, blood pressure, partial pressure of arterial carbon dioxide, cardiac output and sympathetic nervous activity (Lucas et al., 2015).  “The increase in vascular NO bioavailability is considered as a key factor in the maintenance of cerebrovascular function and optimal regulation of CBF (cerebral blood flow)” (Lucas et al., 2015).  Exercise can help memory and thinking both directly and indirectly.  For example, according to Herting et. al (2016), higher-fit children show better performance on tasks of executive functions, such as attention, compared to low-fit children (Herting, Keenan, & Nagel, 2016)   The benefits of exercise come from its ability to reduce insulin resistance, reduce inflammation and stimulate the release of growth factors, which can affect the health of brain cells, the growth of new blood vessels in the brain and angiogenesis of new brain cells (Godman, 2014).  Indirectly, exercise can improve mood, sleep, reduce stress and anxiety, all contributors of poor brain health which can lead to cognitive impairment.  “Many studies have suggested that the parts of the brain that control thinking and memory (the prefrontal cortex and medial temporal cortex) have greater volume in people who exercise versus people who don’t” (Godman, 2014).

Is it more valuable to the brain to do traditional “cardio” work versus resistance training, and why?

According to Nokia, aerobic exercise can enhance adult hippocampal neurogenesis (AHN).  “Adult hippocampal neurogenesis (AHN) is a continuous process through which cells proliferate in the subgranular zone of the dentate gyrus, mature into granule cells and, ultimately, become incorporated into hippocampal neuronal networks “ (Nokia et al., 2016).  The increase in AHC is considered to be mediated by an upregulation of BDNF and IGF-1.  Compared to a sedentary lifestyle, aerobic exercise had the greatest effect on AHN, whereas HIIT has less effect and there was no effect from resistance training (Nokia et al., 2016). However, there are other changes in the brain promoted by exercise, and that includes changes in the hippocampus and also adult neurogenesis in the subventricular zone, as well as the hypothalamus (Nokia et al., 2016).  This suggests the neurogenic effects of exercise occur throughout the brain.  According to Herting et. al (2016), aerobic exercise also can lead to better cognition and greater gray matter density in regions responsible for cognitive function, leading to greater thickness and volumes in frontal and parietal regions (Herting et al., 2016).

If you were to design the ultimate brain-based exercise program what would it look like?

An ideal program would consist of both aerobic and resistance exercise in a combinational format. In fact, an article published in 2018 by Northey et al indicates that exercise that is combined with resistance and cardio can boost brain power of people over 50.  This study consisted of a large meta-analysis which includes a large number of studies without imposing a limit on publication date or exercise mode.  “This study confirms previous suggestions that resistance training may play an important role in improving cognitive function in older adults” (Northey, Cherbuin, Pumpa, Smee, & Rattray, 2018).  Although this does not show that resistance training is better than other modes of exercise, it does suggest that this type of training has particularly pronounced effects on these domains of cognitive function.  In addition, this review also demonstrated that multicomponent training (cardio and weights combined) can benefit cognitive function in people over age 50.  “Our meta-analysis provides positive evidence for the prescription of both aerobic and resistance training (ie, multicomponent training), in accordance with exercise recommendations, for this age group to specifically improve cognitive functions” (Northey et al., 2018).  This confirms what I have suspected and seen anecdotally myself in my classes: combinational classes that utilize both cardio and weights seem to be the most effective on all fronts of health, and that includes cognitive health as well.

There are many types of exercise protocols/prescriptions.  The one that I use often is called Metabolic Training.  It consists of steady state cardio (typically in aerobic or dance format) with some weight training in either Tabata or some type of timed format.  I typically use Rest-Based Training (RBT), which has become popular through one of my mentors Jade Teta. His philosophy is to “push till you can’t, rest till you can”.  According to Teta (2017):

RBT is a system that makes rest, not work, the primary goal of the workout. It allows participants to take a rest for as long as necessary. Rest actually becomes a tool for increasing intensity, because exercisers can strategically use it to work harder than they could without rest. It also provides a buffer against overexertion, making even high-intensity workouts safe.  In RBT, the protocol adapts to the individual rather than forcing the individual to adjust to it.

The ability for the participant to self-regulate gives them autonomy and more likely to develop and maintain innate motivation (Teta, 2017). “When exercisers have control over when to rest and for how long, work volume can increase while safety is maintained” (Teta, 2017).   RBT gives the participant full control of their intensity and gives them ownership to the exercise so that “not only work harder but also become more aware of their physiology and more engaged in their programs” (Teta, 2017).  I like this, since half the battle I encounter is keeping my clients motivated and committed to their exercise routine.  No matter how effective the prescription is, if it is not maintained, benefits are diminished greatly.

I also like to use a format called “Tabata”.   In Tabata, we work hard for 20s and rest for 10 seconds, and continue that pattern for a total of 8 rounds.  I mix up strength training with cardio training within a Tabata circuit.  It comes out to 4 minutes per set. I often superset two different exercises, often times one strength and one cardio, so they are only doing 4 sets instead of 8.  The possibilities with Tabata are endless and we have a lot of fun with it! There are other protocols used by trainers as well, but I have found that the higher duration intervals are not perceived as enjoyable as the lower duration. “Protocols with 120s high-intensity intervals are rated as being less enjoyable than protocols with 30s or 60s high-intensity intervals” (Heisz et al., 2016). According to Heiz, this reduced enjoyment of the more strenuous protocols may be related to the individual’s ability to complete the exercise, or their competence.  I have found the Tabata to elicit the most favorable feeling of competence with my participants, especially when the intensities were higher.  “Alternatively, the accumulated fatigue or physical stress from chronically performing a strenuous exercise may actually increase negative feelings and reduce enjoyment for the exercise over time” (Heisz et al., 2016).  I have taught to all different fitness levels.  In my morning gym classes, I typically have younger moms and retired folks attending.  The class I teach in my neighborhood clubhouse consists of an age group of 50-60, and they also love Tabata and metabolic conditioning.  The duration of the exercise never exceeds 30 minutes, although I have even recommended 15-minute metabolic training when time is constrained.

I have to mention that care must be taken to address the individual variation to exercise training.  “Although aerobic exercise is, on average, beneficial for health, its effects vary between individuals, presumably as a result of considerable genetic variance” (Nokia et al., 2016).  For some, aerobic training provides substantial gain in maximal aerobic capacity (V˙ O2 max) and metabolic health, whereas for others the same amount of training results in little or even negative change. In fact, there are individual differences in the BDNF gene that has been shown to mediate the effect of exercise and brain cognition and how exercise affects brain and behavior (Herting et al., 2016).  “The secretion and intracellular trafficking of BDNF is altered by a common functional single nucleotide polymorphism (SNP) within the BDNF gene, known as the val66met” (Herting et al., 2016).  In fact, AHN is highest in animals born with a tendency for a higher response to exercise training and that engage in a large amount of voluntary aerobic activity.

Here is a sample weekly workout program for brain health for someone who responds well to the types of training selected (keeping in mind each individual’s prescription will vary based on their genetics):

For more information on how IC Healer can help you , Book a Discovery Call today.