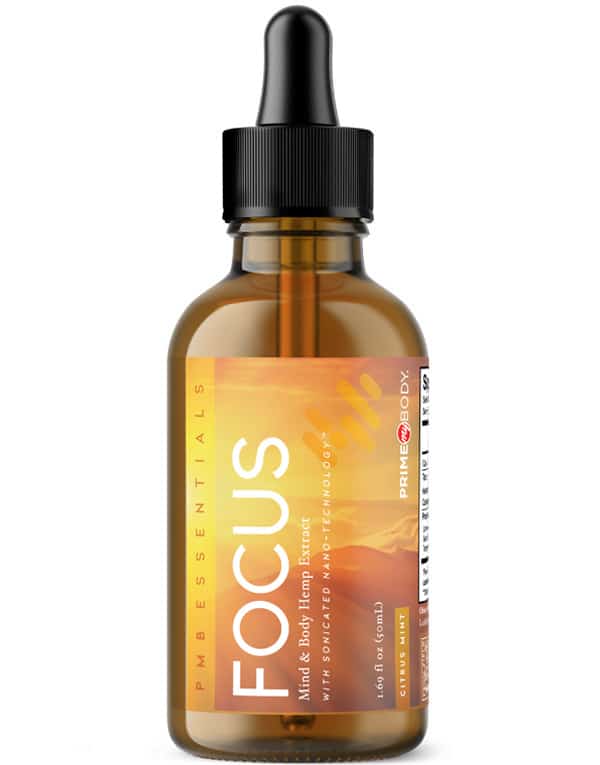 CBD-REST THE BRAIN AND HEAL THE BODY

Want to try CBD?  Click here for the link to order —>https://ichealer.primemybody.com/prod_FOCUS001

The areas I am going to focus on are Inflammation and the Immune System, Leaky Gut and Pain Management.

What is CBD anyway?

Believe it or not, your body produces endocannabinoids.  The endocannabinoid receptors (ECS) are the biggest receptors in your body, and they exist in all higher life forms. The ECS has emerged as one of the key regulatory mechanisms in the brain controlling multiple events such as mood, pain perception, learning and memory among others. “It is also thought to provide a neuroprotective role during traumatic brain injury (TBI) and may be part of the brain’s natural compensatory repair mechanism during neurodegeneration.” (Kendall & Yudowski, 2016)  We have two main receptors, CBD1 and CBD2.  The CBD1 receptors are found primarily in the central nervous system, and CBD2 is found in immune cells. According to Gyires and Zadori, modulating the activity of the endocannabinoid system (ECS), which comprises CB1 and CB2 receptors, the endocannabinoids and their synthetic and metabolizing enzymes, may have therapeutic potential in numerous diseases including obesity/metabolic syndrome, diabetes, neuro- degenerative, inflammatory, cardiovascular and psychiatric disorders, liver and skin diseases, pain, cachexia, cancer, as well as chemotherapy-induced nausea/vomiting. ((Gyires & Zadori, 2016)

“TheCB1 receptor is one of the most abundant G protein-coupled receptors (GPCRs) in the CNS and is found in particularly high levels in the neocortex, hippocampus, basal ganglia, cerebellum and brainstem.”(Kendall & Yudowski, 2016). The CBD-1 receptor binds the THC to mediate most of the CNS effects of it.  CB1 receptors also act on 2-aracodonalglycerol (2 AG), which is found in breast milk and CNS as well as annandamines (AD) which is considered the “bliss molecule”.  CBD1 receptors are restricted to presynaptic sites, which could indicate a possible role in local modulation of gene and protein expression after chronic receptor activation.  CB1 receptors are indicated in many disorders that impact the CNS including several neurodegenerative disorders such as Huntington’s disease (HD), multiple sclerosis (MS) and Alzheimer’s disease (AD).” It’s expression is heterogeneous within the nervous system and is mainly responsible for cannabinoid psychoactive properties.”(McCoy, 2016)

“The CB2 receptor exhibits a more defined pattern of expression in the brain than CB1 receptors, and is found predominantly in cells and tissues of the immune system.”(Kendall & Yudowski, 2016). They too act on 2AG and AD like CB1.  However, in the CNS, CB2 receptor expression is associated with inflammation, particularly in the brain. “Unlike CB1 receptor-mediated cell activation, signal transduction through the CB2 receptor lacks psychotropic effect making it an attractive target for immunotherapy.”(McCoy, 2016)

A word about THC:

The cannabis plant contains more than 60 different active synthetic ligands for CBC1/2 with THC being the major psychoactive molecule among them.  At the molecular level, THC acts as a partial agonist (promoter) of the CBD1 receptor.  However, THC is not really required for the therapeutic mechanisms of CB1/CB2.  Therefore in most over-the-counter products, such as Prime My Body CBD oil, the THC is <0.02%. Depending on the chemistry of the product and the bioavailability of the CBD’s, the THC is not required in high levels for the absorption of CBD.

A summary of what CBD does in your body:

Here is a summary of what CBD can do in your body.  Keep in mind, exogenous CBD modulates the receptors; it does not attach directly on them or block them.  It can pull up your own endogenous cannabinoid production and molecularly, it can modify gene transcription and stabilize neuroinflammation.  For example, it can stabilize over-active glutamate receptors and stabilize activated microglia cells in the brain.  In essence, CBD changes the way we create things in our brain.  Other benefits of CBD include:

A fundamental characteristic of the immune system is the ability to distinguish friend and foe…..self and non-self-molecules or antigens.  Inflammation is the innate immune response against infectious agents, and the inflammatory response promotes initiation of an adaptive immune response by antigen-specific T and B cells.  When the immune system encounters a pathogen, innate immune cells recognize the pathogen via Toll-like receptors and other pattern-recognition receptors to trigger an inflammatory response.  “Innate immune cells are an important source of endocannabinoids, and these cells synthesize and metabolize endocannabinoids.”(McCoy, 2016)

For many years, one puzzling aspect of innate immunity has been autoimmune conditions, which are due to inflammatory responses in the absence of an infection that contribute to tissue damage.  Important innate immune cells express cannabinoid receptors, and cannabinoids influence their immune functions.  For example cannabinoid studies involving toll-like receptors have concentrated in bacterial LPS responses via TLR4 as a classic model for inflammation.  “For the most part, exogenous and endogenous cannabinoids interfere with proinflammatory cytokine and nitric oxide production by LPS or LPS stimulated monocytes, macrophages, microglia and macrophage cell lines in culture.”(McCoy, 2016)  LPS is released from bacteria cells which are implicated in adrenal and HPA axis in individuals who have chronic bacterial infection.  CBD oil can increase CB1 and CB2 receptor expression on peripheral blood monocytes, and “exogenous cannabinoids may alter the endocannabinoid system leading to greater suppression of the LPS response.”(McCoy, 2016)  All this means is that using exogenous sources of CBD, such as found in CBD oil, can be used therapeutically to modulate inflammation and subsequent endocrine disruption caused by bacteria and modulate the immune system, which can be helpful in treating autoimmune diseases.

There is evidence that activation or inhibition of peripheral and central cannabinoid receptors may influence the function of the GI tract. The existence of a functional endocannabinoid in the gut has been established – as CB1 and CB2 receptors are found in colonic tissue (Coutts and Izzo, 2004). The cannabinoid receptors, the endocannabinoids AEA and 2-AG, and proteins responsible for their synthesis and degradation are widely distributed in the GI tract and several data suggest that their expressions are substantially altered during inflammatory processes. (Gyires & Zadori, 2016) According to (DiPatrizio, 2016):

Evidence also suggests that dysregulation of the endocannabinoid system might play a role in intestinal disorders, including inﬂammatory bowel disease, irritable bowel syndrome, as well as obesity.  There is evidence that the dyregulation can be expressed epigenetically. For example, single-nucleotide polymorphisms in genes for constituents of the endocannabinoid system—including fatty acid amide hydrolase (FAAH), the degradative enzyme for the endocannabinoid, anandamide, and cannabinoid type1receptor(CB1R)—are associated with increased colonic transport and irritable bowel syndrome.

In one study done on rats in 2016, it was seen that the released of non-cholinergic excitatory neurotransmitters may be regulated by CB1 receptors.  CB1 and CB2 receptors and enzymes in regulating endocannabinoids can be modulated to protect the gastric mucosa against erosions, mucosal lesions and inflammation.  “Activation of cannabinoid receptors by exogenous or endogenous ligands has been shown to decrease the formation of different types of experimental gastric ulcers.”(Gyires & Zadori, 2016)  Acid secretion that occurs during NSAID-induced mucosal damage can also be inhibited via the CB1 receptors.

Another area that CBD’s are showing activation of the cannabinoid receptors in the gut that can suppress many of the inflammatory bowel related symptoms, such as diarrhea and visceral hypersensitivity.  This is showing promise in modulating disease such as Chron’s disease and ulcerative colitis, both which are complex diseases involving altered intestinal flora that can induce mucosal disruption and result in penetration of luminal antigens into the gut wall. (Gyires & Zadori, 2016)

Below are some areas where there is a large body of evidence that cannabinoids exert on the GI Tract.

Chronic pain represents an emerging public health issue of massive proportions, particularly in view of aging populations in industrialized nations (Russo, 2008).  Associated facts and figures are alarming: Responses to an ABC News poll in 2005 in the USA indicated that 19% of adults (38 million) have chronic pain. I am sure those numbers are even higher now. According to Russo,  clinicians face difficulties managing intractable patients afflicted with cancer-associated pain, neuropathic pain, and central pain states (e.g., pain associated with multiple sclerosis) that are often inadequately treated with available opiates, antidepressants and anticonvulsant drugs.  Therefore, the integration of cannabinoid medicines to the pharmacopoeia offers a novel approach to pain management.  I wanted to summarize some of my findings on this topic in regards to pain management.  When I searched on PubMed, there were many articles on this topic, so clearly there is quite a bit of research being conducted, but I decided to choose two of them that I felt was most appropriate.

Interesting their functions have been termed “relax, eat, sleep, forget, protect” (Russo, 2008).  It demonstrates the ability to mediate the suppression of pain and inflammatory processes (Russo, 2008). Interestingly, a deficiency in endocannabinoid has been found in people suffering from conditions such as migraines, fibromyalgia and intestinal conditions such as IBS.

Below are some areas I bulleted that was particularly of interest in regards to ECS and pain management:

Based on some of these facts from a small source of literature, I think there are opportunities for further research in the use of CBD supplements to determine if it can be used to complement any therapeutic healing protocol.  I believe it has really helped me in many ways.